Actually, night rider, as in riding at night.  Ok, bit of a lame play on words but the picture is better than a picture of the moon and stars, probably.

A quick look back at last week and my decision to forward plan and take Thursday off to get the miles in turned out to be a good one, even if I do say so myself.  Travelling up to London on the train Thursday evening was an uncomfortable experience having not stretched post ride.  Yes, I know, I had a little word with myself.

Thursday night was spent in a proper east end pub watching the football with an old friend Bob.  Hanging around the east end was never going to be a problem with Bob, him being 6ft 5″ and a former Navy rugby flanker and field gunner, not that it would have bothered us anyway.  The chosen watering hole turned out to be extremely friendly with free food and a great atmosphere.  As we now know, it turned out to be a disappointing evening with England letting the whole country down with yet another poor performance.  Oh, and no sign of Dot Cotton anywhere.

I spent Friday having a mooch around the Olympic village.  Having missed the entire event due to being away with work, I was looking forward to seeing if the place lived up to the images I had seen splashed across the media, it didn’t.  Having said that, it was still very impressive and only looked different because all the flowers and foliage had not been replaced from the excellent job they obviously did in 2012.  I can only envy people who live nearby and the great facilities they now have at their disposal.

Sat on the train very early Saturday morning I felt very weary after a late night/early morning at the reunion dinner I attended.  Within a couple of hours of being home we headed off to gorgeous Lyme Regis for the surprise 50th for a longterm friend and former colleague.  Jim and Chrissie are two of the nicest, most laid-back people you could ever meet and Lyme couldn’t be a more fitting place for them to live.  Needless to say we had a great evening and felt very delicate on Sunday.

As I said, the decision not to ride over the weekend was a sound one.

And so to this weeks riding.  I only managed one ride to work this week, again, which is disappointing.  I didn’t even manage the Wednesday Wobble with the DRR as I have broken my MTB.

I had planned to head off Friday night and ride through the night to try and crack 200 miles.  As the military say, “no plan survives first contact with the enemy” and this was no different.  By the time I had sorted myself out, the only option left was to set my alarm for 03:00 and ride from then.  The “enemy” in this case was the sniper in the trees who took me out with a single shot after my alarm woke me at 03:00.  I guess I must have needed the sleep because I didn’t wake up, even after HQ1 had brought me a wet, dried her hair and generally made as much noise as she could as you girls always seem to do when you get up in the morning.

I eventually headed out at approximately 13:30 and cracked 60 odd miles before having to drive the fanny bowser for HQ1 and her friends who headed into Bournemouth.  By the time I got back, got all my shit in one sock and had something to eat, it was 23:00 so I had a little lay down with Eric on the sofa.  Fatal, as I didn’t wake up until half past midnight.  Determined to get the remaining miles in, I got dressed and headed out at 01:30.  It wasn’t cold and the roads were surprisingly quiet which made riding a nicer experience.  After a few hours though I started to get really bored.  Riding long distances on your own is bad enough, but doing it at night was gopping.  I’m ashamed to say that I eventually rapped and headed home.  I don’t feel too bad though as next weekend I have the Isle of Wight sportive on the Saturday, which should be good for 70 plus miles, and the Macmillan Dorset 100 on Sunday. 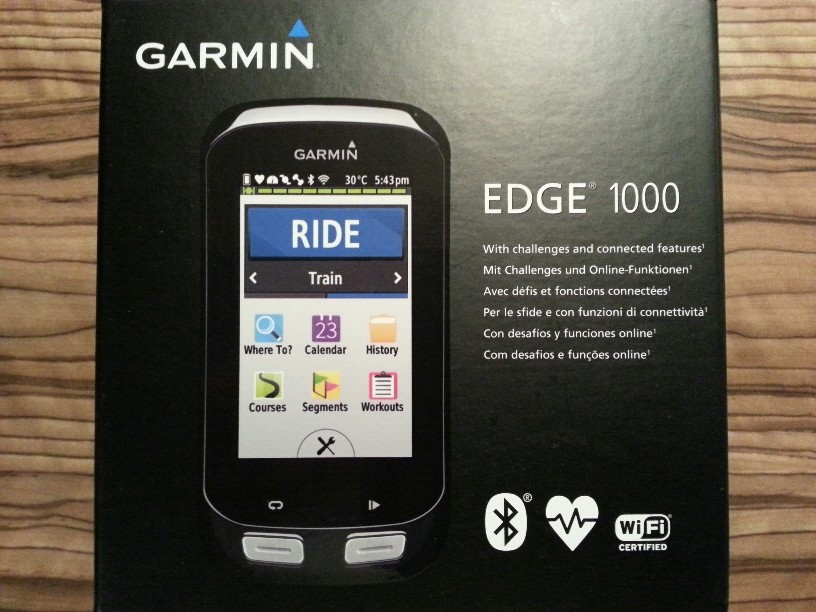 Some really good news this week was my Garmin Edge 1000 finally arrived from Madison via Steve at LIOS Bikes Ltd.  It has taken a bit of working out but I think I’ve got most of the necessary functions cracked.  All I need to do now is upload some routes and give it a go.  As all computers are, it was useful over the weekend to be able to ride with speed, cadence and heart rate readouts meaning I could be more accurate.  The Strava results show I was just that.

Finally, many thanks to Lo and Celia for your donations this week, always very much appreciated and as ever, my inspiration.

Onwards and upwards and maybe downwards with a work deployment hovering over the horizon.  Wait out…